“When something is important enough, you do it even if the odds are not in your favour.” These are the words of Elon Musk, who ended up launching the first private manned spaceship after a dozen years of persistent work.

Twelve years ago, when Alisher Usmanov, one of the richest men in Russia, won an auction and paid $500mn for the Udokan licence, some experts were sceptical that the commercial development of the deposit would eventually take place.

At the time, the global copper market was dominated by behemoths such as BHP Billiton, Anglo American, Freeport-McMoRan and Rio Tinto. Udokan was not part of that club despite the fact that it is a world-class asset, the largest proven copper deposit in Russia that has remained untouched since it was discovered in Soviet times.

Developing Udokan was a bold move, even for Usmanov, who had already established Metalloinvest, one of Russia’s biggest metallurgical groups, and made a fortune buying into the sector just as Russia’s economy started to boom in the noughties.

Twelve years later the main construction works are underway at the processing plants in the Siberian tundra and there are few obstacles left to overcome before the plant can go into production, scheduled for 2023.

With its launch scheduled for 2023, the Udokan copper deposit is among the largest in the world. While Russia is famed for its raw materials production, a project of this scale has not been attempted since Soviet times. For billionaire Alisher Usmanov and his team it took a little more than a decade to do what the communist superpower couldn’t do for half a century.

BAM and the bomb 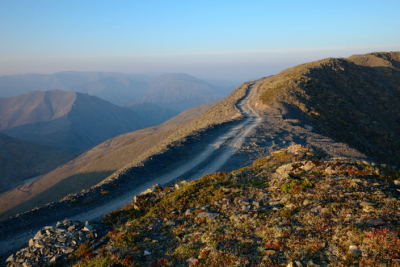 Soviet geologists discovered the deposit back in the late 1940s by accident. They were not looking for copper but for uranium, as the Cold War was just getting underway. The Soviet government scrambled to search the country for uranium deposits to fuel its various nuclear weapons in what turned into an extensive geological survey of all Russia’s mineral fields. Much of that data is still being used today.

Udokan was a major find. Today, geologists estimate there are 26.7mn tonnes of copper ore under the JORC (Australian Joint Ore Reserves Committee, the industry standard) classification, making Udokan one of the three largest copper deposits on the planet. But despite the richness of the deposit, its development has been in limbo for decades, due to the technical difficulties of developing the site, limited infrastructure and its remoteness from any major industrial city.

Following its discovery, the Soviet government was initially excited about the prospect of developing the site and went as far as to change the route of the famous Baikal-Amur Mainline railway (known simple as “BAM” to Russians) to link the deposit to the rest of the country.

That enthusiasm quickly faded as the complexity of developing the deposit became apparent. The main obstacle was the lack of technology to extract the copper from the ore at an acceptable cost. Various schemes were suggested, including small nuclear charges to break up the lower levels of the deposits, but then the communist apparatchiks backed away from the idea, as it was viewed as over the top.

Since then, the project has slid up and down the agenda. Another bout of enthusiasm surfaced in the 1990s, when Russia went private and entrepreneurs began to scour the country for mega-mineral projects to develop. But again, the size and technical complexity of Udokan, as well as the lack of investment capital, always thwarted plans before they ever got started. 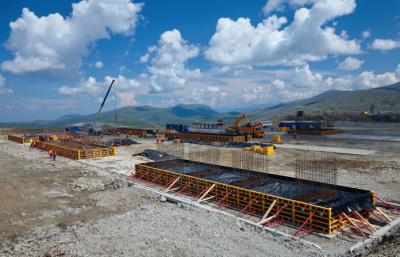 Alisher Usmanov’s metallurgical company Metalloinvest bought Udokan’s licence in 2008 in the midst of the global financial crisis; incidentally, the same year as he committed to a deal to buy 8% in the pre-IPO Facebook, which turned out to be a very profitable investment.

It was not an obvious investment to make, as Udokan has the ingredients needed for a mining white elephant, but the copper mine and Facebook deals are perhaps not unrelated. Usmanov’s insight was to realise the world was rapidly digitising. He correctly identified Facebook as one of the big winners of that process, but not only this; the Russian billionaire was also an early investor into a raft of other tech companies including Apple, Alibaba, JD.com, twitter, Spotify, Uber and others.

Of course, if the world is digitising all those services which have to run on computers and the essential component for all electronics is copper. (By the same logic rare earth metals are an equally attractive investment, but a quirk of Russian geology is that it is home to very few rare earth metal deposits other than the PGMs (platinum group metals), most of which are found in China and Scandinavia.)

A potential copper deficit was apparent to Usmanov in 2008 but an actual deficit has only appeared in the market since 2019 and analysts expect it to persist until at least 2023. 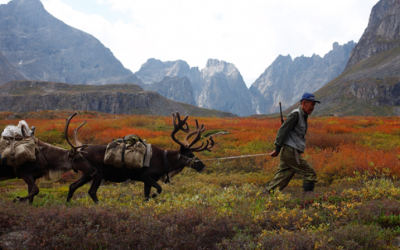 The logic behind the project is good, but the implementation is going to be tough. The deposit is located in one of the least hospitable places in the world: the northern part of the Transbaikalia, north of Lake Baikal in the depths of Siberia.

This is an area of permafrost, where temperatures plunge to minus 50 degrees Celsius during its long winters. The region is also a seismic hazard zone, located in what is in effect a frozen desert.

The only transport link that connects Transbaikalia with the rest of Russia is the legendary BAM, a Soviet project to link eastern Siberia with the Pacific coast. Part of the project calls for rebuilding the local airport and expanding its capacity so that it can handle medium-range aircraft flying in from cities such as Moscow; work on this has already begun.

Another problem is to supply the Udokan plant with power, as the nearest power station is hundreds of kilometres away. Work on putting in the power cables and electric substations to transport power to the plant has already started.

The work force will draw on a small local population, largely made up of the indigenous Evenk people, who have traditionally made their living from reindeer herding or working for the railway. There is even a small community of descendants of the geologists that found Udokan in the first place as the survey of the region went on for years and many permanently settled there and had families. More workers will be attracted from outside.

Alisher Usmanov has established the Baikal Mining Company, which used to be part of his Metalloinvest metallurgical holding, to develop Udokan. The company will create up to 5,000 jobs directly within the project and another 20,000 in related industries.

Once operational, the Udokan mining and metallurgical plant will account for up to 10% of the local GDP of the Trans-Baikal region and be Russia’s only full-cycle hydrometallurgical processing plant for copper ore.

As of today, the shareholders have already committed $870mn to the project for the licence acquisition, research, engineering and pre-construction works. The total cost of the project is estimated to be about $2.9bn, of which up to $1.79bn has been raised through a loan from a syndicate of banks over 12 years.

While Russia is famed for its raw materials production, a project of this scale has not been attempted since Soviet times, when most household names, such as nickel mine Norilsk Nickel, steel mill Magnitogorsk Iron and Steel Works (MMK) and diamond mine Alrosa were established in equally inhospitable locations.

Unlike the Soviet era plants, not only does the Baikal Mining Company use cutting-edge technology, as part of its strong focus on environmental, social and governance (ESG) issues; the company has also built ecological controls into the heart of the process.

Copper itself places an important role in the greenifying of economies as the base material for electronics and electric vehicles (EVs), the company says. Norilsk makes a similar argument: while its metallurgical plants are big polluters, the palladium it makes is a key component in catalyst converters in car exhausts and is responsible for a much larger reduction of pollution.

The “greening” of economies everywhere is also good for business. By 2040, the production of passenger electric cars will require more than 3.7mn tonnes of copper annually, which is 4 times more than the amount used to produce cars with internal combustion engines.

The first phase of the Baikal plant is due to become operational in 2023 with a capacity of 12mn tonnes of ore per year. Baikal Mining Company forecasts that the output will climb by at least 30% by 2030, and the lifetime of the deposit is 50-60 years. The company will produce cathode copper and sulphide concentrate.

To date, potential buyers – copper smelters in Japan and China, as well as international traders – have already shown interest in the products.

Meta description: With Udokan’s launch scheduled for 2023, Alisher Usmanov and his team achieved in a little over a decade what the Soviet Union couldn’t for half a century.